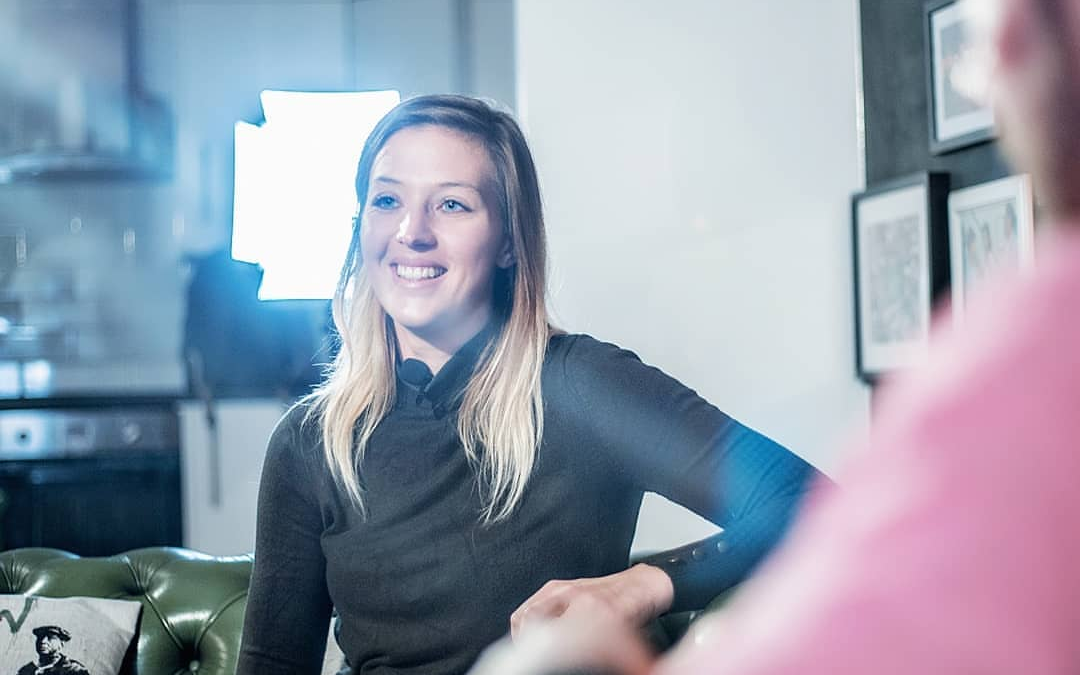 Meagan of influencer agency INKWAVE talks about making her own luck; how persistence and networking paid off so she could quit her job with her first business client already lined up…

Tell me a little about you & your family, what your business is, and the inspiration behind getting started…

I’m Meagan, I’ve worked in the digital advertising industry for about ten years both agency and client side working across brands such as Mercedes, Kellogg’s, COTY (Marc Jacobs, Calvin Klein, Rimmel, NYC, Sally Hansen, etc), and many others.

My son was born while I was working in the marketing department at Sky, I was leading the digital strategy for the Sky Mobile launch. I found it quite lonely being on maternity leave as I was the first out of my friends to have a baby. I didn’t know it back then but I was also suffering from PND. So, I started a parenting blog and found that writing and connecting with other mums gave me so much more than I could have ever imagined. I became a part of a community and my blog became successful, I was a finalist for Reader’s Choice award at BritMums Brilliance in Blogging Awards 2016, worked for brands such as Lansinoh, and was featured in Huffington Post.

After a very short six months, I returned back to to work and found it quite intimidating returning back to work into such a big role at Sky. But I was so determined to be the same person I was before I left for maternity leave, so I completely ignored my feelings and pushed on. It was only until about two years later when I realised I was not happy with where I was in my career or personal life, despite the fact I had progressed into a new Digital Director role at a global advertising agency.

So, I decided to take action and create the job I truly wanted which made me happy on a day to day basis. My two passions, digital advertising and creating content collided which led me to the launch my own company, INKWAVE, an influencer marketing agency.

How did you make the leap from idea on paper to reality with your business idea?

It took a lot of time and guts to create my business, I was very strategic about the set up. First, I developed a website to gauge interest in whether influencers would actually be interested in being a part of our network. I personally contacted social media influencers over a period of about a month, and within the next month I had over 2,000 influencers who registered! My dream to start my own business started to feel real at this point.

While in my corporate job, I spent about a year working on my business plan, saving financially, connecting with the community, networking with other female founders, and preparing for the day I summoned up the courage to say, “I quit,” to my manager. I finally felt like my authentic self; motivated, action-oriented, a doer with heart. It was overwhelmingly personal – albeit it was also a professional decision – and everything just felt, right.

With my new found confidence, I have become the person I have always wanted to be. Now here I am, and in under six months of launch we have already worked with both small and large brands such as Mastercard, Flock, Care2Rock, Fin, Trakstar, and many others in the US and UK. I have been invited to speak on talk shows in the startup world and featured in leading publications in the advertising industry such as Campaign and Talking Influence. I was very humbled and honoured to hear that just this last week I won the WACL Future Leaders Award (Women in Advertising & Communications) which has given me the opportunity to connect with well-known female leaders in my industry and take action on gender balance and diversity.

INKWAVE is completely self-funded and the platform was built between myself and my other half, we have been very grassroots in our approach and it has proven to be a success.

How did you get your first sale or client?

While I was still working in my corporate advertising job, I attended women entrepreneur networking events to get an understanding of the world I was about to enter. My first client was a speaker at the Women in Business event in London, I reached out to her after the event to see if she would be available to catch up 1-to-1 as I completely related to her talk. After we met she asked me whether I could help her with her influencer marketing / digital approach! I still had a month left in my corporate job so I felt lucky to already have something lined up.

What ‘lucky breaks’ or helping hands have you had along the way that have really boosted your progress?

I feel lucky to have landed the Mastercard campaign only 3 months after launch, but I don’t think it was all luck. I had to pitch against larger, more well-established agencies and worked hard for it. I didn’t hear back from them for about three weeks so I thought I didn’t get it – but I was completely wrong! They loved the creativity and strategic thinking of our approach.

What do you LOVE about your business and working for yourself?

I am so much happier doing something I love every single day. The flexibility is a bonus as well, I’m now able to pick up my son from nursery whereas before this was something my other half would do. I feel more connected to my son now than I was before because I am simply around more!

What’s the scariest thing you’ve had to do since setting up on your own?

I’ve had to really put myself out there in order to sell my business to both large and small businesses. I was particularly nervous when I was invited to be a guest speaker on The Start Up Van, an online show which has around 20K views per video!

Just recently I had to pitch for the Natwest Accelerator Programme which again was definitely out of my comfort zone, but I’ve been accepted and I’m so happy I did it as this will be so beneficial for my business!

Who is your support network that you simply couldn’t manage without?

My partner is instrumental to my business. He is a co-owner of a telecomms company and his advice has been invaluable to me. Plus, on the days when I work from home he is there to share them with me!

What exciting plans do you have for your business over the next 6-12 months that you’d like to share?

I have so many plans!

For my business, we’ve been nominated for a Blogosphere award in the parenting category for the Mastercard campaign which I’m hoping will lead to more business. I’m also planning on building out an influencer planning tool so marketers can get super clear on their influencer marketing approach and deliver more impactful results. Through the Natwest Accelerator programme I’m hoping to gain insight on how to pitch to investors and build out this tool.

Personally, I’ve been given a bursary for the WACL Future Leaders Award, and I’m planning to take a course with RADA called Voice of Influence. I’m excited as I believe this will really help me be more impactful as I take on more speaking opportunities in my industry. I’m planning on hosting events and meet-ups for my business as well.

You can see more of what Meagan is up to over on Instagram, Facebook and visit INKWAVE online.

Want to work on your own goals?

I’m a Business Coach, and I help women who work for themselves to focus on their goals and cut the crap out of their to-do list – so they get more bookings, clients and income. Drop me a message if you’d like a free 30-min clarity call to get a handle on your goals: 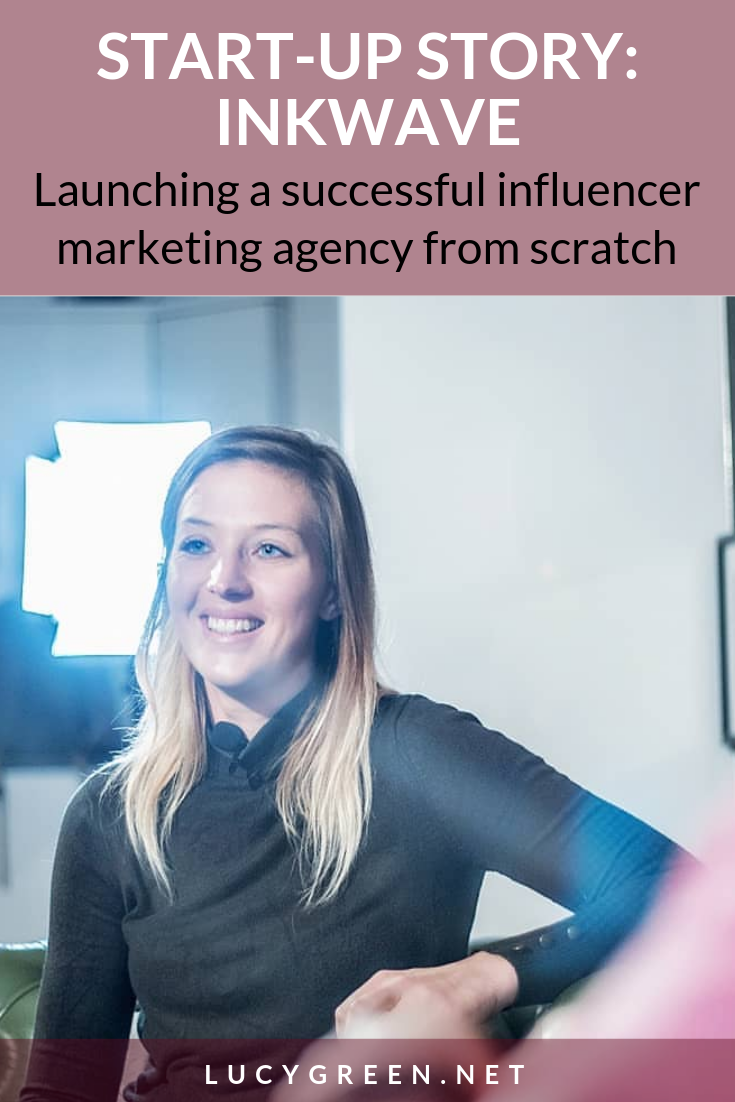 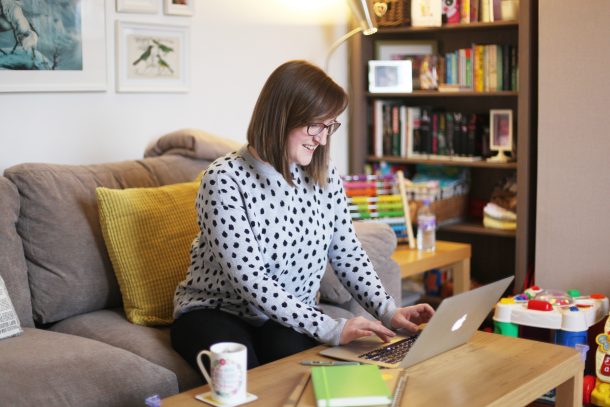 Join my mailing list to receive all the latest news plus your FREE Daily Checklist: 4 Simple Steps to Signing More Clients.